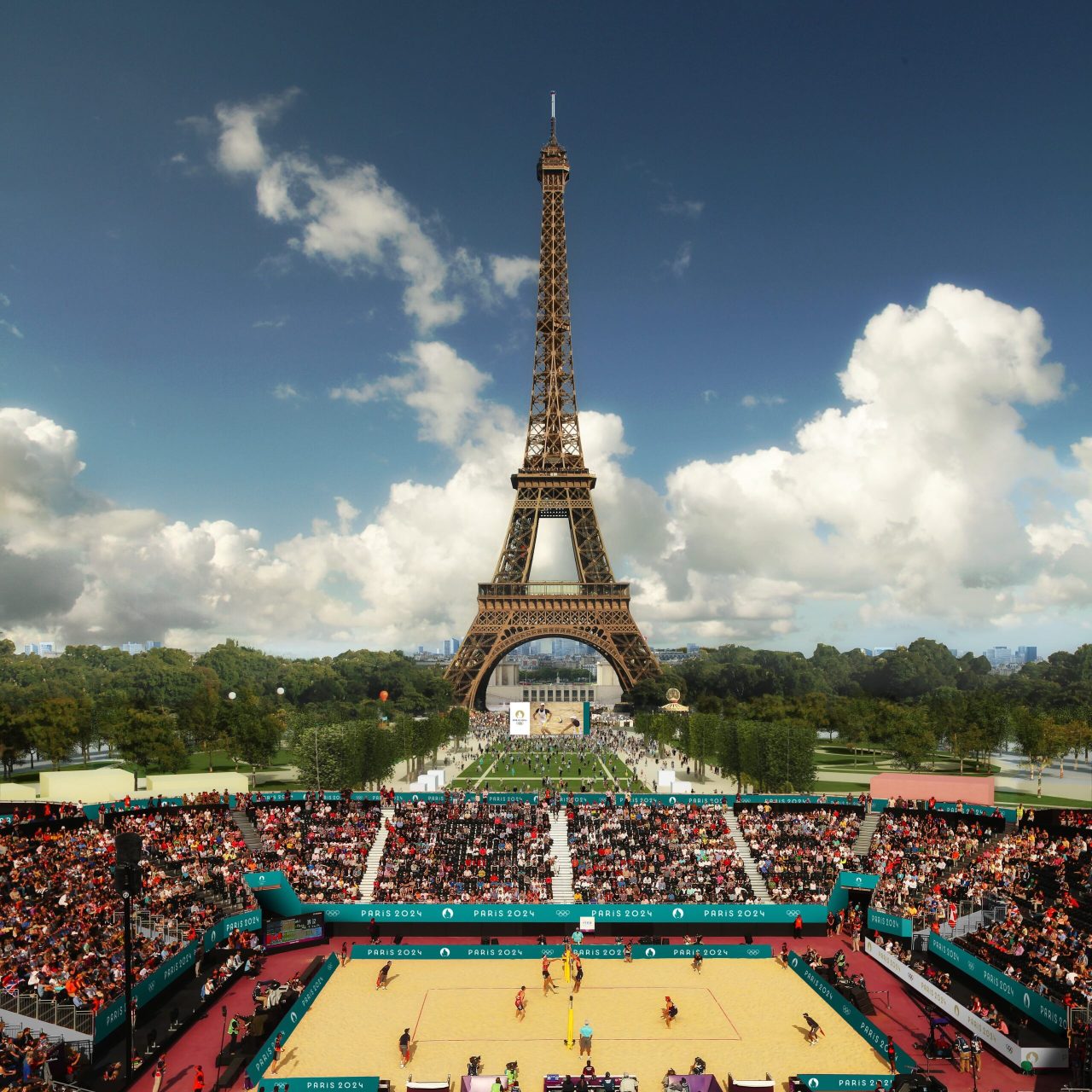 Out With The Old and In With The New

Break ups happen, Karch Kiraly spoke with the Los Angeles Times for an article called Beach Volleyball partners are the best at break ups saying “Almost no partnership ever ended with neutrality and both people retiring at the same time. All partnerships are doomed to die.“ With all the hard work and suffering that went into the 4 years leading up to the Tokyo Olympics, now counting for nothing. All eyes focus on the new and shiny, hopes and dreams for Pairs 2024. This leads to a lot of wishful thinking and fuels the thoughts of changing partners, which doesn’t need much sparking according to Phil Dalhausser, who says in the aforementioned article “It’s like high school dating, players are always looking for the next better partner.”

Generally, I feel that players change partners for three main reasons and I know you should never make bold statements. But! I think there is definitely a correlation between the 3 main reasons and stages of career:

Or, the dream retirement. To go out on top, having achieved everything there is to be achieved from a wonderful career. With the progression of sports science and beach volleyball being easier on the joints, players are still performing at top levels late into their 30s. So, age is really just a number. There are even rumours that the ever-green Kerri Walsh-Jennings wants to give Paris 2024 one more shot at the age of 43. There are many 30+ players gearing up for their own style of Michael Jordan’s Last Dance for Paris and find they have enough in the tank for another 4 years to go for Los Angeles 2028.

There are always times where the transfer rumours of sports stir up into overdrive. In football this is every summer, with added frenzy after a large tournament like the European Championship or World Cup. For volleyball, the equivalent would be directly after the Olympics; the Olympics are the pinnacle of volleyball. Over a 4-year cycle, often referred to as an „Olympic Quad“ everything is built up towards this one event.

Once the dust of the Olympics settles, the discussions, reviews and analyses about the past Olympic cycle start, followed quickly by the plan of attack for the next „Quad“. This is when federations, teams and players start to get itchy feet. Often over-thinking what extra strategy can get them higher up the rankings or to stay at the top. This time around, there is even more pressure than usual and no time to waste in finding the right partner as the Quad is shortened to 3 years due to the Tokyo Olympics being late.

The road to Paris 2024 officially begins for beach volleyball teams as they start to announce their intentions and new partners (obviously, like high school dating it’s not an official relationship unless its posted on social media).

A round-up of the new womens‘ pairings:

Starting with Katharina Holzer, who makes the switch from her professional indoor career to beach, pairing up with Franziska Friedl. Kathi brings talent and experience, once she finds her sand feet over the winter, she could be converted to a force on the international stage. In other Austrian news Freiberger/Fink went their separate ways (Fink doing the opposite of Kathi and returning to indoors if the rumours are true). It will be interesting to see who Eva Freiberger will team up with next and if she will play as a blocker or defender.

A short trip across the boarder to Germany. All the questions will revolve around Laura Ludwig getting pregnant with her 2nd child. This leaves her partner Kozuch in need of a replacement; at least until Laura is ready to take to the sand again. This is a common theme for many female players after a Quad. After giving your all to the sport, the end of a Quad is the perfect timing to start a family (for guys who might not get it, think of it like a pit stop in Formula 1 behind the safety car), for the players you can save 75% of your points from the 18months before the child is born if you return to play within a year (who says you can’t have it all). This drops to 50% if you return after a year, and example from the FIVB is below. 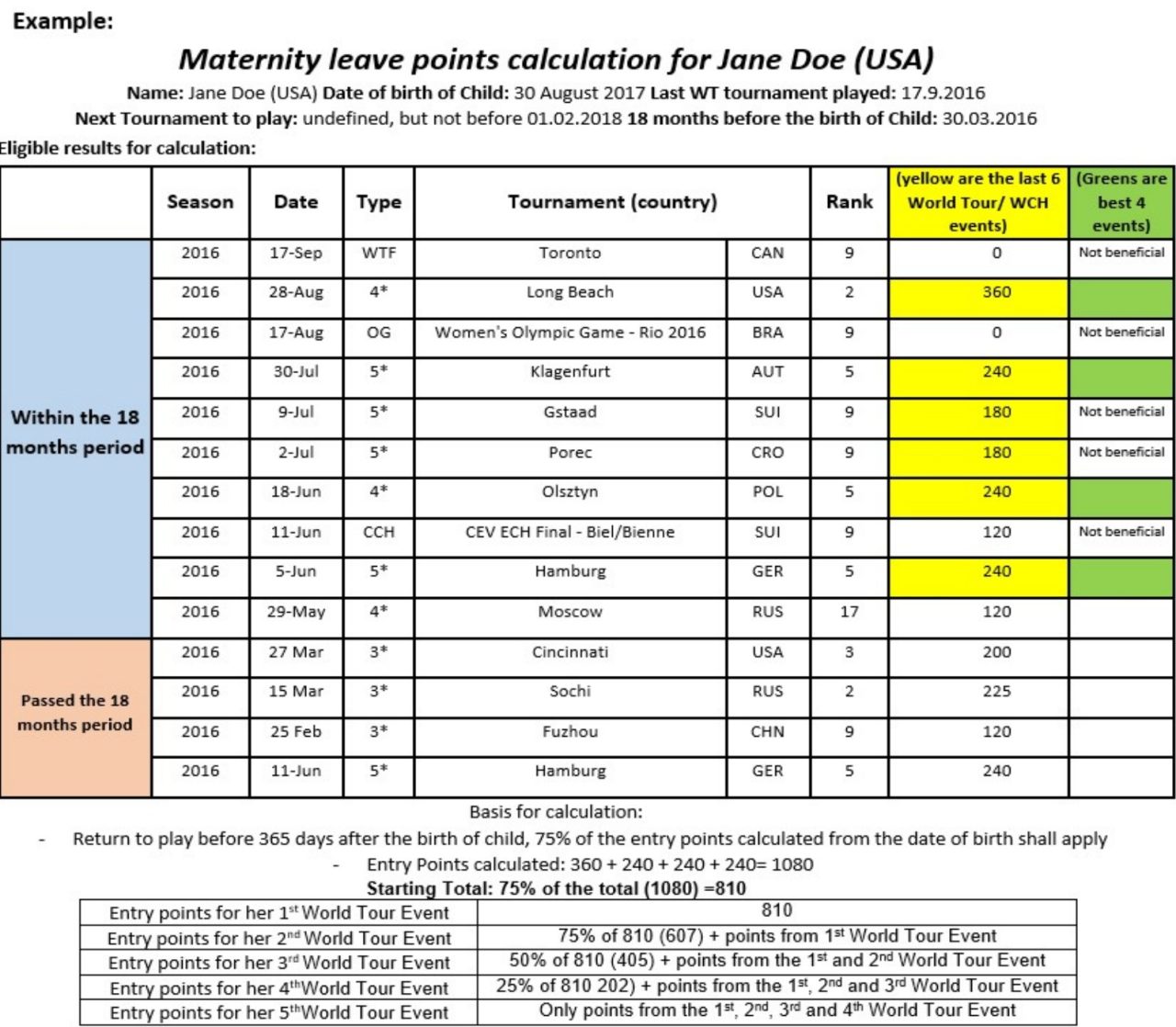 One such player already on her way back after doing exactly that, is Maria Antonelli. Who teams up with her new partner Fernanda Alves. Maria just missed out on a ticket to Tokyo and decided to start a family straight away. On January 7, she announced that she was pregnant, and on July 27, she gave birth to her baby boy. This is a team who both just missed out on a spot in Tokyo, so they will definitely have that little extra to prove this time around. However, standing in their way are the new electric pairings of Ana Patricia / Duda and the formidable Talita / Rebecca. As usual the depth of strength in Brazilian beach volleyball being put on show, meaning we are in for exciting games with these teams potentially going head-to-head on both the Brazilian national tour and the new Pro Tour after the removal of country quota.

A round-up of the new mens‘ pairings:

From Brazil on the mens‘ side, things seem like usual from the outside perspective with teams changing like the weather. But maybe, just maybe, this time they have found the combination of players which can really help boost the strengths and support the weakness of their partners. Could this be the start of creating better synergies and results on the court for Brazil? Don’t discount Bruno Schmidt just yet, who is currently out injured. When he comes back, Bruno has to be the hottest free agent in beach volleyball and could be the half of another new exciting Brazilian team in the mix.

To the birth place of beach volleyball, the USA. It’s expected to be confirmed that Taylor Crabb will play with Taylor Sander, after their debut in Itapema. Both are good friends on and off the court and Sander is probably the most athletic American player the U.S. have. This will no doubt pair well with Crabb being arguably the best U.S. defender. However, if Crabb decides to go in another direction, it will cause a huge domino effect putting all teams into a feeding frenzy. On other news, the semi-retirement of Phil Dalhausser (he will only play AVP) means his ex-partner Nick Lucena has to decide: does he follow Phil into semi-retirement or go on the hunt for a new blocker to take on the new Beach Pro Tour with him?

The news from mens‘ side of Austrian beach volleyball. The retirement status of Clemens Doppler is now updated to semi-retired, as he will pair with Thomas Kunert to play the Austrian national tour and help young players: potentially like the young up-and-comers of Leitner/Pascariuc who themselves re-united after growing up playing in Salzburg together. Both of these new pairings can be only a plus to the competition level of the Austria national tour.

So, coming to the big question on all the lips of Austrian beach volleyball fans, will it be Hörl/Horst or Horst/Hörl. I got together with TimeOut’s Julian Hörl last week to talk about his last tournament but we also found some time to talk about how the future looks for him and his new partner. Check it out below: 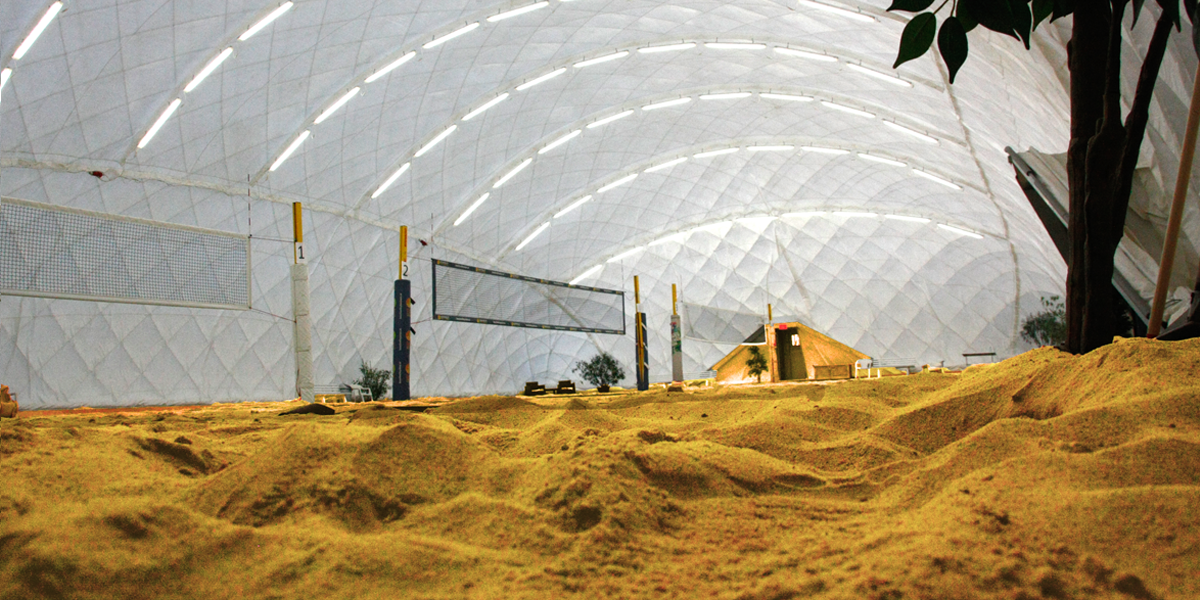